David Tarragó has sent us details about a new multi-pitch climb on Roca dels Arcs in Vilanova de Meià, equipped by himself and Paula Revoil last year.
The route Via Paula/Tarragó is 205m long and features sustained climbing up to 7b+/7c, making it probably the most difficult multi-pitch climb in the entire zone. It is also reportedly excellent! 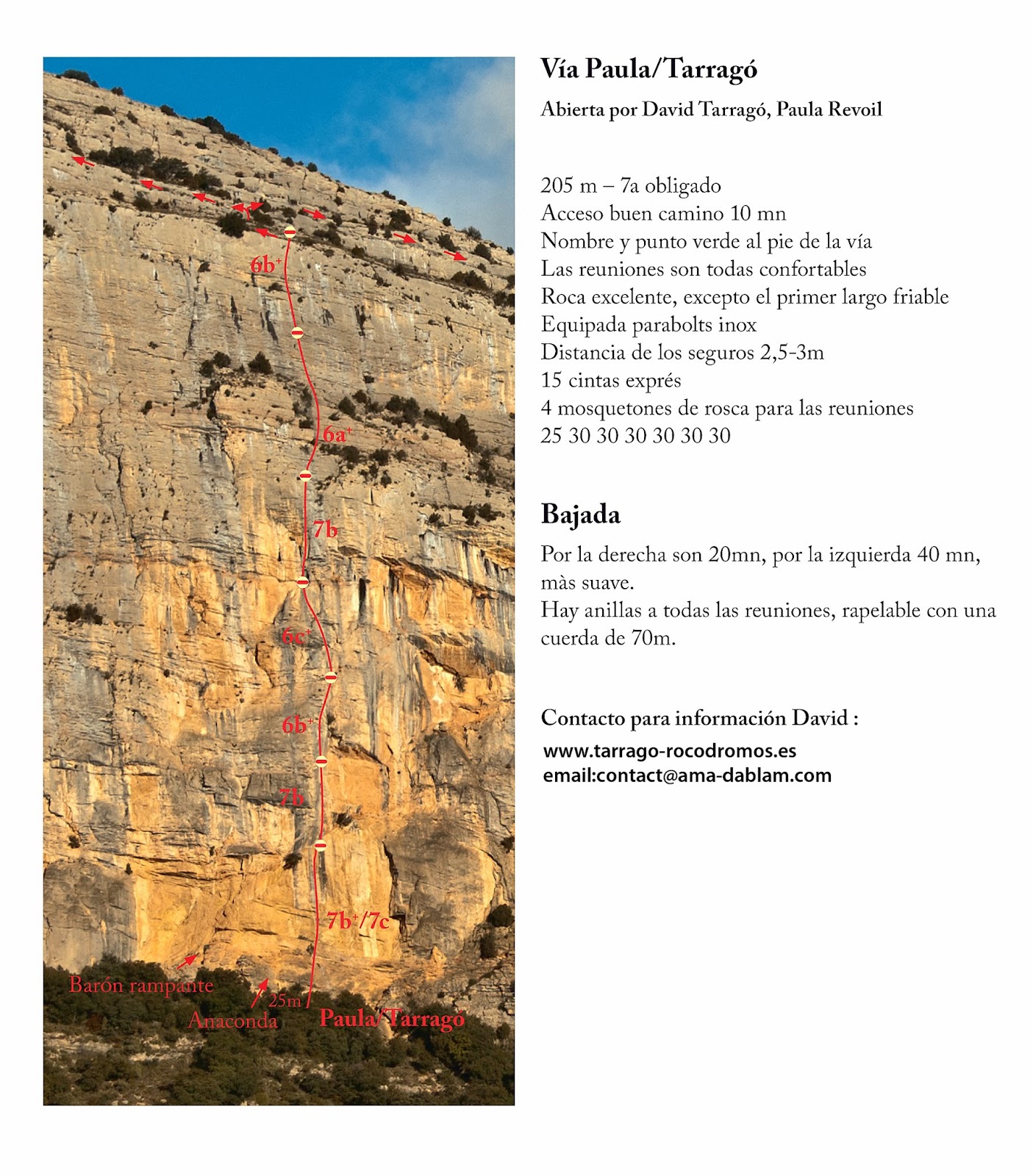 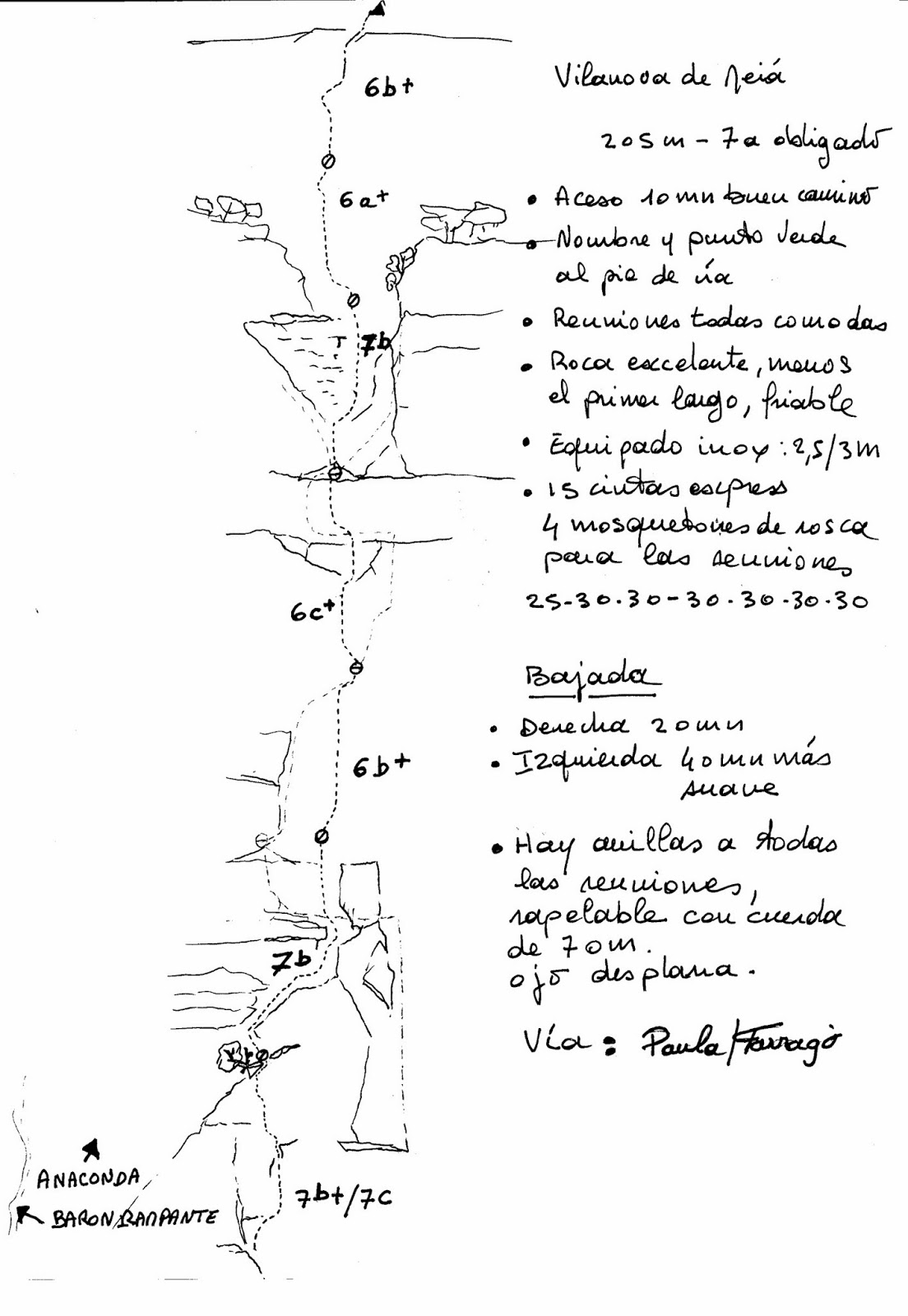 This is not a big sector (15 routes/maximum 22m) but the rock is excellent and the climbing superb.

All routes equipped by Albert Cortés and Pete O'Donovan during January/February 2014. Material donated by Lleida Climbs. 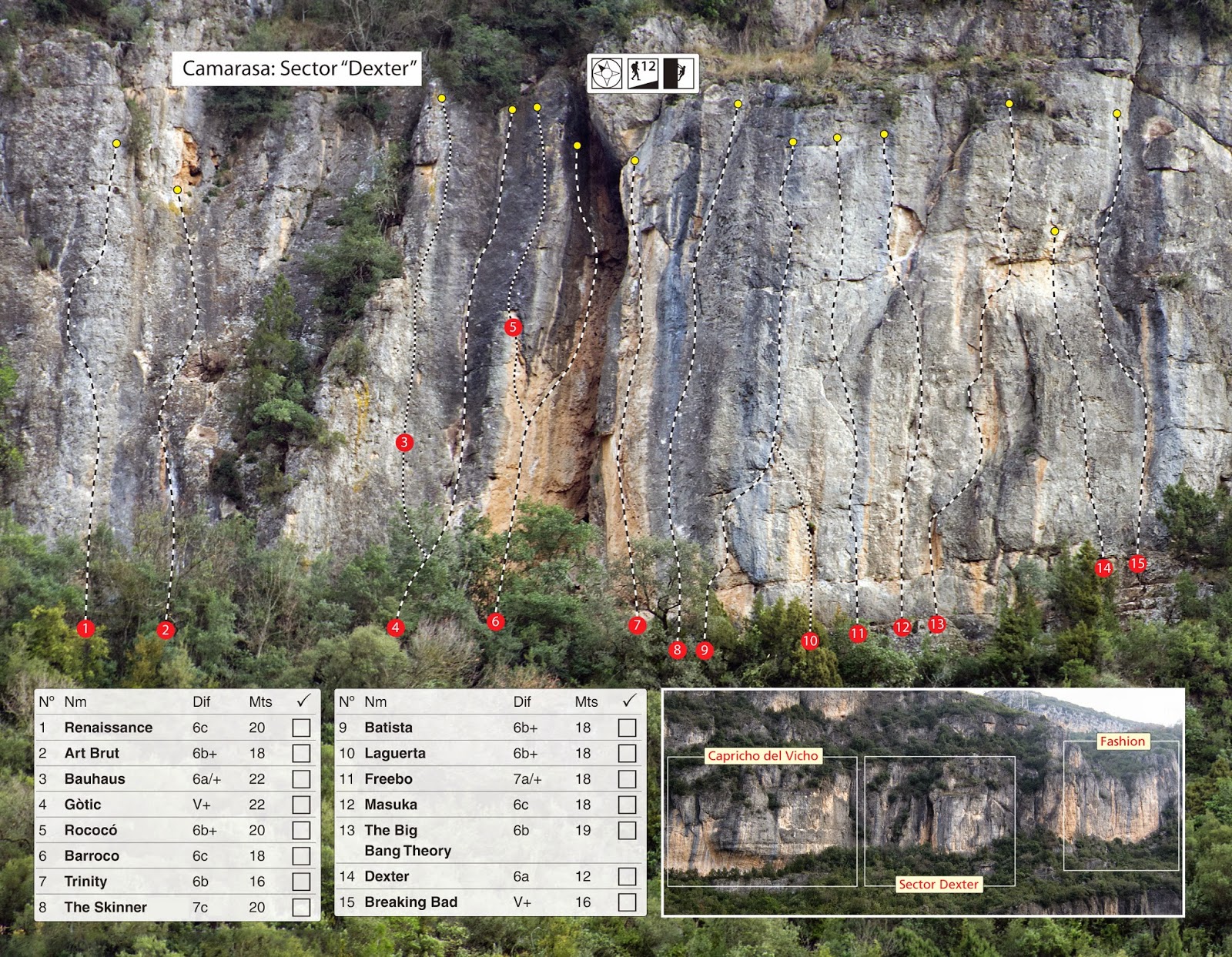